About taking time off "work"


I settled three cases last month so I don't have much work now. I thought maybe I should spend some time, full time, with the kids. You know, really concentrate on them. They missed me after the 70 hour weeks I was putting in with that last project.

So, it's been three weeks (so far). I thought I was doing 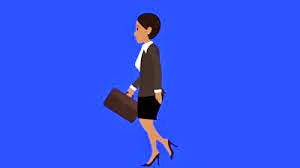 okay. Sure, I freaked out a little sometimes. There was the time I dropped Isaac off at camp without shoes and told him he was just going to have to deal with it. And there was that day of school, of course, when I forgot to pick up one boy at 12:20 and then the other at 2:05 (I know. Both of them? That was embarrassing). Oh, yeah and then there was that grocery store incident. I nearly forgot about the grocery store incident. And maybe this week I called David three, four, sometimes five times a day at work telling him I couldn't take it anymore. But seriously, I didn't think it was that bad. Then last night I told David that I think I should go back to work and he said "After the way you were yesterday and the day before and the day before that, I would PAY someone to employ you."

Related:  About Going Back To "Work"
Related:  Moms Who Don't Fit the Profile
Posted by Paige Rachel Winikoff at 9:21 PM

Email ThisBlogThis!Share to TwitterShare to FacebookShare to Pinterest
Labels: About "working", Chronicles of the Working Mom, Moms who don't fit the profile (Humor), working mom chronicles